With its crystal clear waters, white sands and wildlife Mozambique is fast becoming one of the hottest tourist destinations in the world. Offering its visitors an original experience that cannot be had anywhere else, travellers from all regions are claiming this unique country as a must see.

Mozambique is well known for its stunning beaches, excellent diving spots and magical offshore islands. Go snorkelling around the Bazaruto Archipelago, sail through mangrove channels or laze under the palms in the Quirimbas Archipelago. If the African experience is what you are after, take an offbeat safari in the wilderness of the Gorongosa National Park.

With its upbeat atmosphere, overflowing markets, friendly locals and 2.500km of undiscovered coastline it is clear why Mozambique is fast becoming the gem of Africa and the perfect location for couples wishing to be left alone to enjoy a romantic honeymoon with a twist.

The country’s rich Portuguese-influenced traditions are still evident with many colonial and European influences evident in the countries architecture, colourful culture and mouth-watering cuisine. Ilha de Mocambique allows one to go back in time with its cobbled streets and stately colonial-era buildings, whilst Maputo’s bustling streets can be viewed from one of the cities many side walk cafes or jazz bars.

The country is divided into two topographical regions by the great Zambezi River. The south offers a vast choice of accommodation for all price ranges and easy access due to the stable roads and various methods of transport to choose from. The southern region also provides an assortment of water activities such as snorkelling, diving and fishing along a coastline that can only be described as postcard ready.

The north of the Zambezi offers its guests an opportunity to get in touch with their adventurous side, allowing one the chance to experience one of Africa’s last frontiers hands on. With its paradisiac coastal panoramas and endless sense of space, the northern region hosts some of the continent’s most idyllic island lodges, which provide comfort when one needs a break from their wild surroundings.

With the country focusing on upgrading and the opening of several national parks, not only is Mozambique seen as a beach holiday but a safari experience as well. Just another feature, which makes this coastal country an ideal spot for every member of the family.

Maputo City
Largest city and capital in Mozambique, known as “City of Acacias”

Havent found what you were looking for? No worries, we can book any accommodation for you. 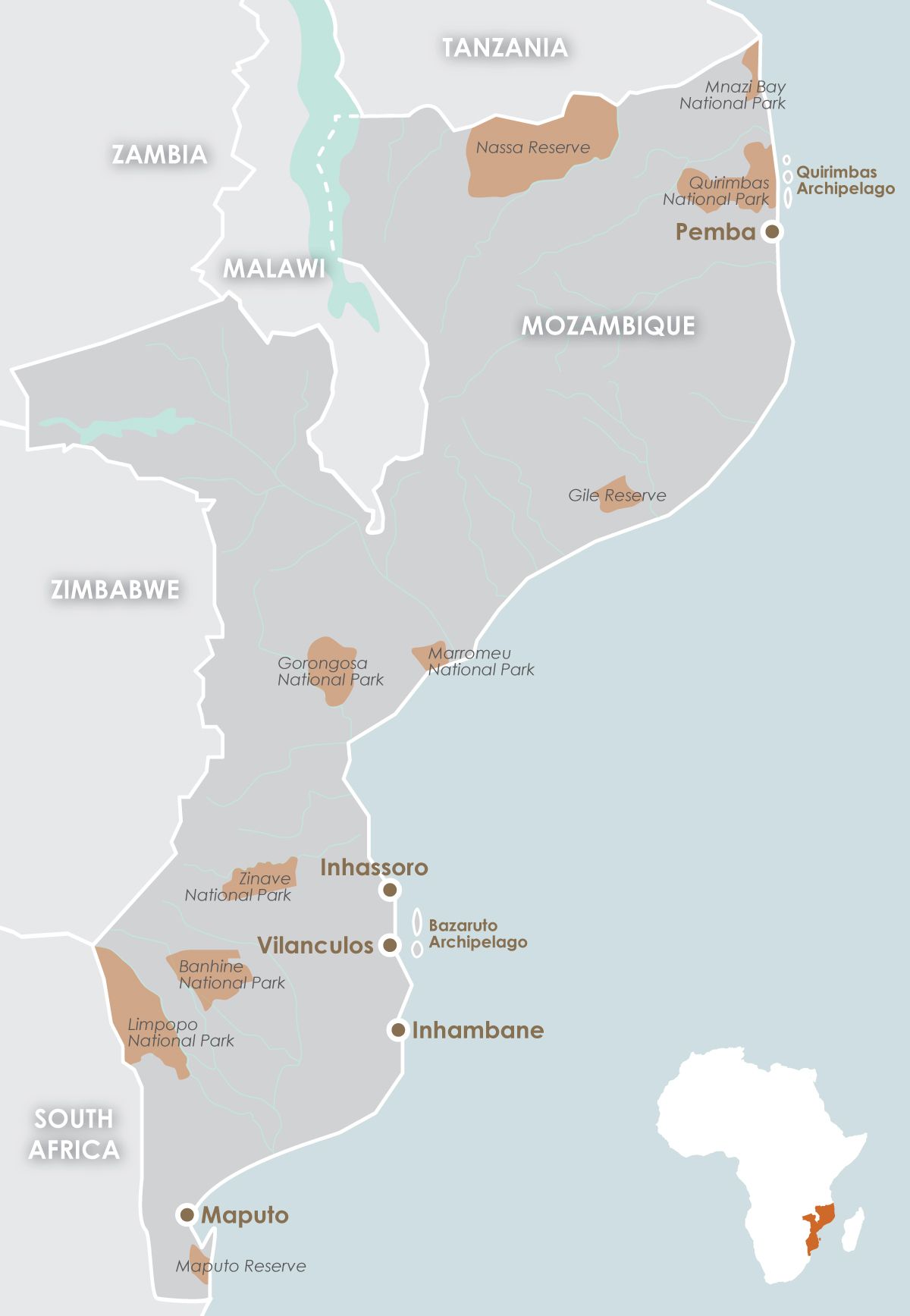