Reinvention at its Best

Who said second chances don’t exist? Zimbabwe is returning from its fall from grace with more to offer its visitors than ever before. Due to its passionate people and the implementation of a power sharing government, this vibrant and developed nation is reinventing itself and securing its place on the safari map once again.

Take advantage of the uncrowded, untouched attractions that are waiting in anticipation to be discovered. Explore the land, away from mass tourism; uncover something new each day just like the ancient explorers of the past. Not only does this country extend its visitors the chance to experience the spectacle that is the great Victoria Falls, it is also known to have some of the finest and largest concentration of wildlife on the African Continent.

With numerous national parks to its name, Zimbabwe provides its tourists an unfiltered look into life as it was. From the unspoilt areas of the Mana Pools National Park to the historical sites of the Matopos National Park, the country starts to feel like your own little private piece of Africa.

The magnificent pageantry of wildlife on display has been a key factor in the rebirth of the country’s ever growing tourism industry. Visitors to Zimbabwe’s many parks are delighted when confronted by a herd of elephants congregating at a watering hole, or watching a lioness stalk her next prey. It is also home to the graceful white rhinoceros, a rare yet unforgettable spotting. If the big five is what you are after, one is able to gaze upon them as they go by their everyday activities.

With its historical monuments, rare assortment of game and welcoming locals this interesting and vibrant country with its colourful history should be a definite stop on anyone’s bucket list. The continuous emphasis being placed on welcoming tourists can be seen as soon as one steps off the plane. Reinvention may be slow, but it is definitely rewarding.

The question, if it is safe to come to Zimbabwe, which many tourists ask, can – without any doubt – be answered with: Yes it is! Having been living in Zimbabwe for over five years now as a young foreign woman, I have never felt unsafe at any time nor uncertain about my decision to move to Zimbabwe. I can assure you that you will be safe in this country and you will want to come back again and again!

Havent found what you were looking for? No worries, we can book any accommodation for you. 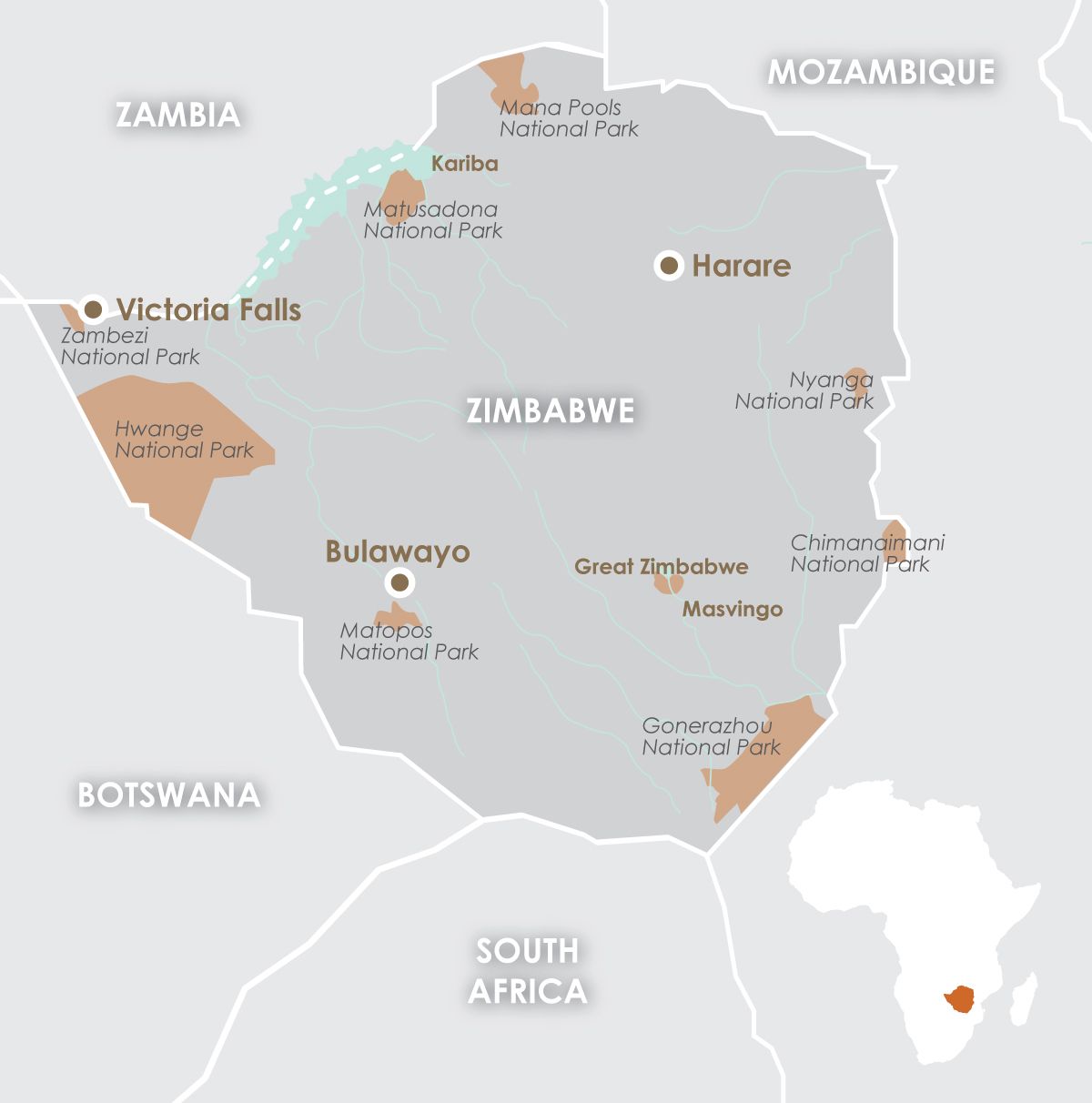