Facts
Both, the North and the South Luangwa National Parks are said to be some of the greatest wildlife sanctuaries in the world. They wow visitors with its lush vegetation and the variety of wildlife with over 60 animal varieties and 400 bird species. The obvious changing of seasons add to the parks richness, ranging from dry bare bushveld in the winter months to the lush green of summer.

Large pods of hippos lounging in the shallow waters, crowned cranes, grazing antelope, scurrying baboons as well as an abundance of elephant and buffalo can be seen spread throughout the valley. The park are known to be a first class park for leopard. On night drives the animal can be tracked by a skilled ranger and if one is very lucky a full kill is viewed.

The rich tropical birdlife on display is exquisite. It includes birds of dry country origin and water based habitat. Besides the usual spotting’s on safari, three animals stand out as being endemic to the area. The more striking Thorneycroft’s Giraffe, Cookson’s Wildebeest and Crawshay’s Zebra with its better defined stripes all call this area home.

All the lodges lie within natural bush along the river’s edge. With their lack of fencing the animals are free to roam around the camps as they wish. The northern park is not open to the public and therefore no permanent lodges exist within it. Access to this wild and untouched park can only be arranged by the few operators who have been granted permission to conduct walking tours of the area. Both parks are part of the same rift valley and share the same geology, vegetation and landscapes. However, the north is filled with eland and Cookson’s Wildebeest while they are a rare sighting in the south park.

When to visit
Both the North and South Luangwa National Parks have very pronounced seasonal changes. The dry season begins in April and slowly intensifies through to October. October is the hottest month in the region. During this time game concentrations are at their prime. Visitors will enjoy warm sunny days, accompanied by chilly nights.

The wet season runs from November. The consequences from the rains is evident as the leaves turn green and a lavish jungle appears where the dry bleak terrain used to exist. At the end of March migrating birds arrive in droves to the area.

The walking safaris of the north are only conducted during the dry season and generally are in operation from June through to October. During the rainy season the park is impossible to visit and is therefore closed throughout this period.

Highlights
There is an award winning spa set beautifully in the heart of the park. Take in the view from a luxurious Jacuzzi bath or allow your feet to be pampered by a masseuse. With its emphasis based on traditional African rituals all ingredients are locally sourced and offers clients the best the continent has to offer.

With its unique wildlife and fantastic scenery, you don’t feel as if you are visiting this fascinating land – instead you are simply an unobtrusive witness to its beauty and drama. 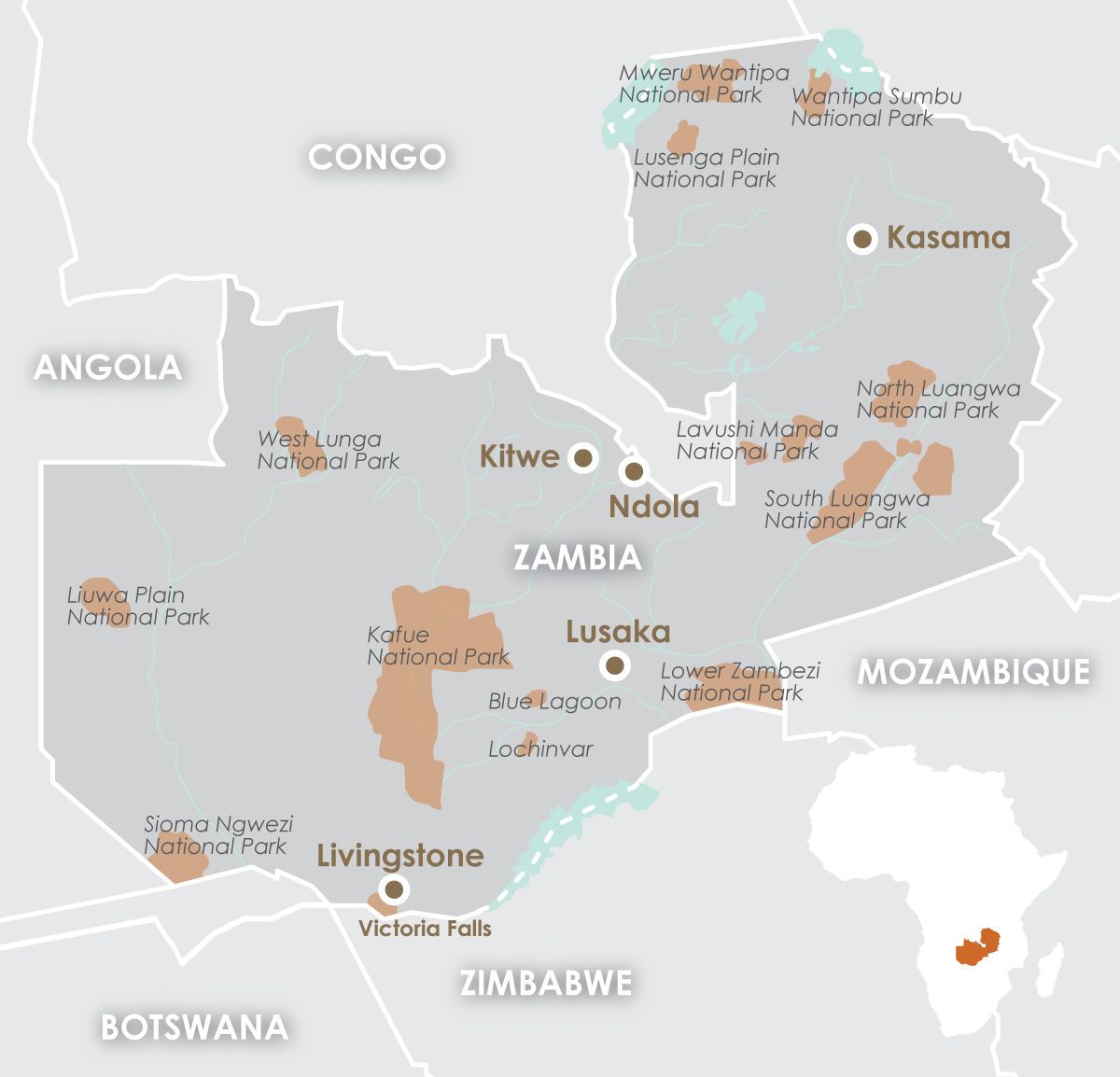